Open Carry in Texas: Everything You Need to Know to Get Your LTC

Texas and its gun laws have had a variety of changes in recent years. There’s a lot of confusion as to what’s considered open carry now, who can qualify toward a gun license, and much more. We want to cover all the bases to ensure you know everything there is to know about open carry in Texas. Let’s dive into our comprehensive guide on what you should know before you get your LTC.

What is Open Carry in Texas?

First, what is open carry considered in the great state of Texas?

The term refers to the practice of carrying firearms openly and visibly in public. Like many states, Texas requires a permit in order to open carry or carry a concealed weapon. It looks like fewer states are putting restrictions on open carry as the years continue, we do want to note.

In the lone star state, it’s illegal to carry a handgun without a license, regardless of whether it’s intentional or recklessly - unless:

With no license, you can’t carry a handgun in plain view even if you’re in your boat or vehicle. These restrictions don’t apply to people who are traveling, on-duty police or other personnel authorized to carry a handgun, or those engaged in a legal hunting event or sporting activity.

What Counts as “Traveling”?

The law doesn’t specify what actually counts as traveling. It’s oftentimes left up to the court to decide, depending on the case. In any particular case, the circumstances may lead to a misdemeanor or a third-degree felony charge because of the violation of legal gun restrictions.

How is it Legal to Open Carry in Texas?

In Texas, it’s legal to openly carry a handgun, as long as you have it holstered on your hip or in a shoulder holster.

Unlike in the past, before 2017, there’s no need to conceal a gun anymore.

In order to openly and legally carry a gun in Texas, however, you must obtain what used to be called your concealed-handgun license. Now, the official term is License to Carry, or LTC, for short. There are also other requirements to getting your LTC.

What are the Open Carry Texas Requirements?

Per the gun law codes at present, you must:

When Can You Open Carry?

A person can’t just carry a gun absolutely anywhere they want -- yes, even in Texas, and even if they have a License to Carry.

Businesses can also opt to ban guns, though they do have to post signs if they do. It’s to a business’ discretion whether they want to allow guns or not, both in an open carry and concealed handgun medium.

It’s a third-degree felony if you carry any type of gun into certain Texas locations. To summarize, restricted locations include:

Exceptions to the Restrictions

License holders can carry handguns to or from residential units including apartments, condos, and houses as long as they own, rent, or are visiting guests at the residence.

Likewise, on-duty officers and certain volunteers who provide emergency services are exceptions to these gun restrictions.

*What About Handguns on College Campuses?

While handguns on any campus aren’t commonplace in many other states, Texas has a specific law allowing those with an LTC to carry concealed handguns on most post-secondary school campuses.

Campuses include technical institutes, universities, and public colleges, though individual institutions may establish reasonable safety rules for their concealed handgun carry rules. They may even specify certain buildings are off-limits, but they may not imply a license holder can’t bring their legal weapon on campus.

Just because concealed handguns are legal, though, does not mean open carry is in place at all. In fact, in Texas, it’s a Class A misdemeanor to carry a handgun visibly on any university or college campus. Likewise, it’s the same degree of misdemeanor if you carry a handgun where the institution specifically prohibits it.

Fun Fact: Did You Know?

About 4% of the Texas population currently possess a License to Carry, and we see the number go up every year. While such a percentage might sound small, it rounds out to about 1.2 million Texans who can operate and own firearms.

What About Rifles and Shotguns?

Texas has no laws which restrict carrying rifles or shotguns, other than the general gun prohibitions we already mentioned. Recent felons and areas like schools are off-limits when it comes to guns of any caliber. The state puts the most importance on requiring a license to carry a handgun, whether openly or concealed, if it’s away from your own property.

More About Gun Laws in Texas

Now that we know about some of the gun laws in Texas, let’s recap. Open carry is legal as long as the handgun is in a belt or shoulder holster, as long as all other requirements were met. And of course, we’ve touched on the fact you have to be 21 years old to buy a gun or have an LTC.

However, Texas is still a “Shall Issue” state, which means any person at least 18 years old can own a firearm. Gun laws in our state don’t regulate the possession of firearms, so technically anyone, of any age, can possess a firearm as long as they’re not a felon. This is why kids are legally able to practice shooting and hunting whenever their parents deem appropriate.

To wrap up, we found out a lot more about gun laws in Texas, with a special focus on Texas open carry laws. We hope we were able to answer some valuable questions you might have about getting your LTC, who qualifies and anything else you may have needed to know about the topic.

If you still have questions, though, the guide’s not over yet. Take a look at our FAQs below to be fully informed.

It’s easier than you might think! Any person can take our Department of Public Safety approved 4-hour course to get started. Once you complete the course, just take your new LTC-101 up to a local certified instructor, complete your live-fire demonstration, then apply to get your license. It’s so simple!

We understand you may still carry questions about open carry Texas laws. Fortunately, we have the answers! We’ve compiled a quick list of the most common questions we’re asked on the subject.

Is it legal to open carry in Texas without a license?

Where can I open carry in Texas?

You may open carry in Texas in public areas of city facilities, such as recreation centers or libraries, the Texas State Capitol, walking down the street outside (even in public), and any businesses with no visible signage that prohibit licensed handguns. However, the only way to legally open carry is to ensure the gun is holstered in your belt or shoulder holster at all times.

Can I open carry a loaded firearm in Texas?

Open carry Texas laws don’t have a specific distinction between whether a firearm must be unloaded or loaded. Technically, you can legally open carry a loaded firearm in Texas.

Can I carry a loaded gun in my car in Texas without a CHL?

If you own the car or it’s under your control, you can carry a loaded handgun in a motor vehicle, or even a boat, as Texas doesn’t require a valid handgun license in that medium. Likewise, there are no gun laws in Texas on carrying long guns in motor vehicles, so you may possess a long gun or handgun in a vehicle without a CHL.

What’s the difference between a CHL and an LTC?

A CHL, or concealed handgun license, is the old term used to describe the legal license to carry guns. The new official term is simply LTC, or License to Carry, simplifying the process. The new LTC combined the need to have either the license to open carry or a concealed handgun license into one process. Now, with an LTC and thanks to the latest open carry Texas laws, you can open carry or conceal your weapon on your body legally.

David Harrison is an avid firearms enthusiast who has been in and around the industry since he was young. He has worked for multiple firearms companies and brings a wealth of knowledge to the Texas Carry Course Team. During his time off you can find him at the firing range, or at the local baseball field coaching little league.

See What Our 20,000+ Satisfied Students Have to Say

Our customers have had exceptional experiences with our class and recommend it to anyone looking to find a quick and successful way to get your LTC! See what they have to say below! 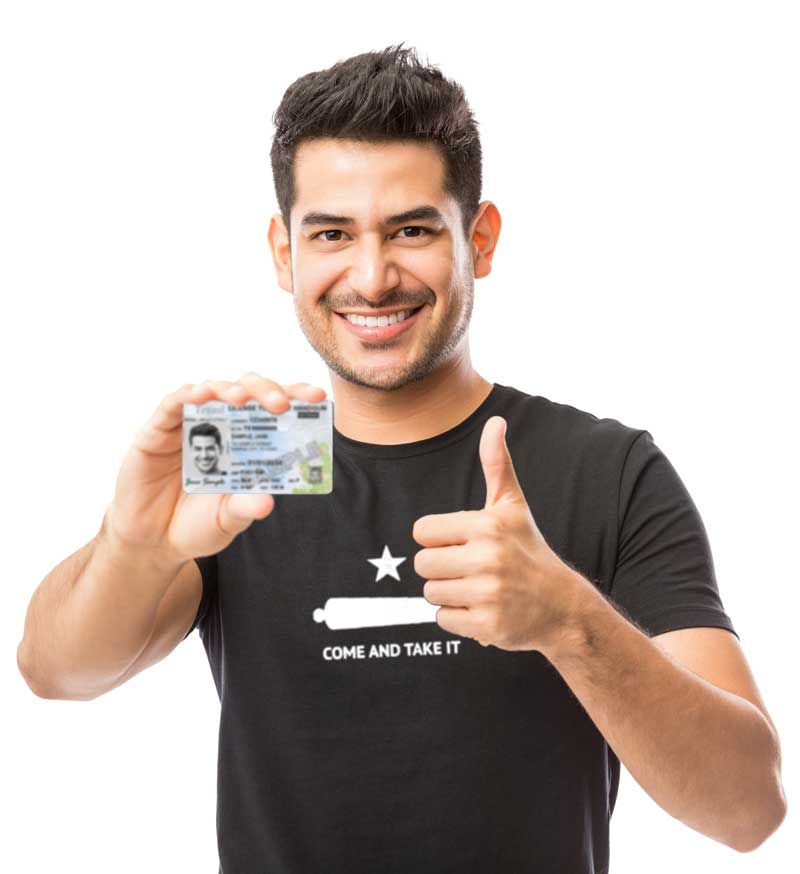 Thank you for offering this LTC course online. I didn't have the time or desire to sit through an all day in person class. I wanted to get this done when I had the time. Thank you!

Our customers have had exceptional experiences with our class and recommend it to anyone looking to find a quick and successful way to get your LTC! See what they have to say below!

Great way to get your carry permit. The company support was excellent when I needed help and would highly recommend them to anyone looking to take this course.

A smart way to get your carry permit when you want it... right now! I took the class and the test followed by my live fire portion then was able to apply for my LTC.

I was a bit skeptical at first. After I got my LTC-101 in the mail I took it to my local range to finish up the range exam. Now a few weeks later I got my LTC. Thanks!

Made For Texans, By Texans.